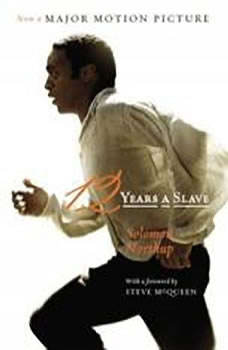 In this riveting landmark autobiography, award-winning actor Louis Gossett, Jr., masterfully transports us to 1840s New York, Louisiana, and Washington, DC, to experience the kidnapping and twelve-year bondage of Solomon Northup, a free man of color. Twelve Years a Slave, published in 1853, was an immediate bombshell in the national debate over slavery leading up to the Civil War. This enhanced edition with an accompanying Collectors Extra is based on the research of Dr. Sue Eakin, the nationally recognized authority on Solomon Northup who spent a lifetime authenticating his story. Solomons fine mind captures the reality of slavery in stunning detail as we learn about the characters that populate plantation society and the intrigues of the bayoufrom the collapse of a slave rebellion resulting in mass hangings due to traitorous slave Lew Cheney to the tragic abuse of his friend Patsey, brought about by Mrs. Epps jealousy of her husbands sexual exploitation of the pretty young slave. Finally, a friend from New York attempts a courageous rescue that could either result in Solomons greater suffering or death, or get him back to the arms of his family.