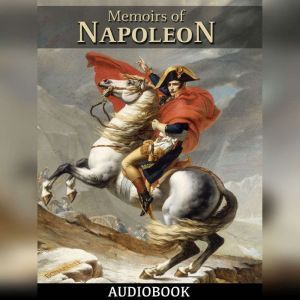 The author and Napoleon become boyhood friends when they are eight years old in Corsica. They separate when Napoleon is transferred from the Military College of Brienne to another college in Paris in 1784. Napoleon has a stern or disdainful personality. He looks down on the French, who have taken over Corsica. At age 16 Napoleon finds fault with the military education, sending his recommendations to the Minister of War. Because of this speaking out, he is speedily graduated and sent to a regiment of artillery. After diplomatic travel, the author again meets Napoleon in Paris at a time when both are in dire financial straits. After witnessing an angry-mob scene, the author goes to Stuttgart as Secretary of Legation while Napoleon returns to Corsica. In 1799 the two return to Paris. The French government wants to send Napoleon to a new location as brigadier-general of infantry. he rejects the offer and is thus struck off the list of general officers. Eventually Napoleon gets command of Paris. In 1796 Napoleon marries Josephine. His attentions to her alternate between violent outrages resulting in infidelity and the other other extreme of repentant gentleness. During the Napoleonic wars Napoleon's troops progress through Europe--first Italy, then Austria.