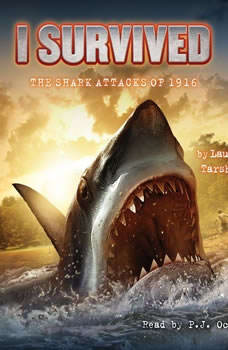 In the summer of 1916, ten year-old Chet Roscow is captivated by the local news: a Great White shark has been attacking and killing people up and down the Atlantic Coast, not far from Chet's hometown of Springfield, New Jersey. Then one day, swimming with his friends, Chet sees something in the water. . .

The year was 1981. Just two months into his presidency, Ronald Reagan was shot after leaving a speaking engagement in Washington, D. C. The quick action of the Secret Service and medical professionals saved the president's life. Mere days after his ...

Flesh and Blood So Cheap: The Triangle Fire and Its Legacy
by Albert Marrin

On March 25, 1911, the Triangle Shirtwaist Factory in New York City burst into flames.  The factory was crowded.  The doors were locked to ensure workers stay inside.  One hundred forty-six people—mostly women—perished; it...

History is dramatic-and the renowned, award-winning authors Christopher Collier and James Lincoln Collier demonstrate this in a compelling book aimed at young readers. Covering American history from the founding of Jamestown through present day, thi...

From Steve Sheinkin, the award-winning author of The Port Chicago 50 and Bomb comes a tense, exciting exploration of what the Times deemed "the greatest story of the century": how Daniel Ellsberg transformed from obscure government analyst into "the...

In December of 1938, a chemist in a German laboratory made a shocking discovery: When placed next to radioactive material, a Uranium atom split in two. That simple discovery launched a scientific race that spanned 3 continents. In Great Britain and ...

I Survived #04: I Survived the Bombing of Pearl Harbor, 1941
by Lauren Tarshis

Seventy years later, Pearl Harbor comes to life for a new generation of readers! History's most terrifying moments are brought vividly to life in the action-packed fictional I SURVIVED series! Do you have what it takes to survive ... the bombing o...

We've Got a Job: The 1963 Birmingham Children's March
by Cynthia Levinson

By May 1963, African Americans in Birmingham, Alabama, had had enough of segregation and police brutality. But with their lives and jobs at stake, most adults were hesitant to protest the city’s racist culture. Instead, children and teenagers&...