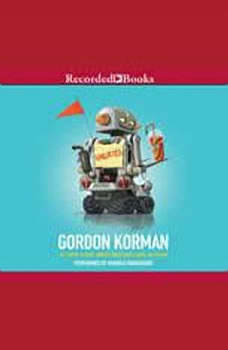 Teens and pre-teens flock to any new offering from New York Times best-selling author Gordon Korman. Told through multiple viewpoints, Ungifted follows Donovan Curtis and his year at a magnet school for gifted and talented kids. Thanks to an administrative foul-up, the decidedly mediocre student Donovan finds himself enrolled in the Academy of Scholastic Distinction. Out of place and out of luck, Donovan joins the robotics team. And while he learns a few lessons from his gifted classmates, he also teaches a few of his own. Narrators: Jonathan Todd Ross, Richard Poe, Erin Moon, Andy Paris, Mark Turetsky, Andrea Gallo, Celeste Ciulla, Suzy Jackson