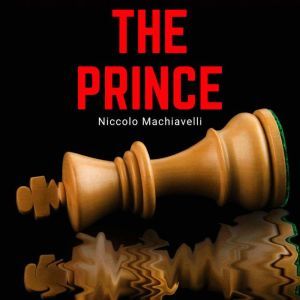 How can a prince rise to power?

What must he do to remain in it?

What is expected of a good ruler?

Which is better—to be feared or to be loved?

Offering an explicit insight into the minds of a ruler, here is a practical handbook and a political treatise exploring the attainment, maintenance and utilization of political power in the Western world. It warns that if a state is not governed properly it shall collapse on the ruler.

It describes the art and craft of war. It elaborates on the qualities of a prince and his prudence. It gives lessons in statesmanship and on judging the strength of principalities.

Composed in exile and published posthumously, The Prince is Niccolo Machiavelli’s legacy and the foundation of modern political theory. Drawing on his firsthand experiences as a diplomat and military commander in the Florentine Republic, Machiavelli disregards the rhetorical flourishes and sentimentality typically found in sixteenth-century mirrors for princes—guides instructing noblemen in the fine art of ruling—and gets straight to practical matters: how to eliminate rivals, when to use force, whether it is better to be loved or feared.