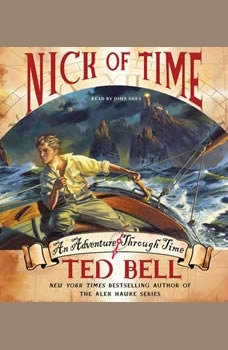 Ted Bell's NICK OF TIME is an epic adventure story starring young Nick McIver, who uses a time machine to rescue two young children taken prisoner by pirates. Along the way, with courageous feats of derring-do, not to mention his resourcefulness, our young hero—"the most reliable boy in England"—changes the course of events in two time periods, the Napoleonic Wars and World War II.

A pulse-pounding thriller by #1 New York Times bestselling phenomenon Vince Flynn, as Mitch Rapp heads to Afghanistan to track down a missing CIA agent.The four dead guards didn’t concern Mitch Rapp as much as the absence of the man they’...

CIA director Thomas Stansfield is dead -- and many individuals in the nation's capital are pleased to hear. However, their happiness is short-lived because Stansfield's successor -- his protégé Dr. Irene Kennedy -- plans on pursuing Stansf...