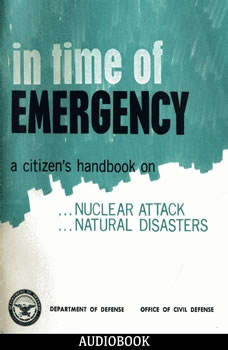 In Time Of Emergency: A Citizen's Handbook On Nuclear Attack, Natural Disasters

In Time of Emergency: A Citizen's Handbook on Nuclear Attack, Natural Disasters provides individuals and families with information on what can and should be done to enhance survival in the event of a natural or man-made disaster. Chapters cover: general guidance, floods, hurricanes, tornadoes, winter storms, earthquakes, tidal waves, nuclear power plant accidents, fire, and nuclear attack. Illustrated.