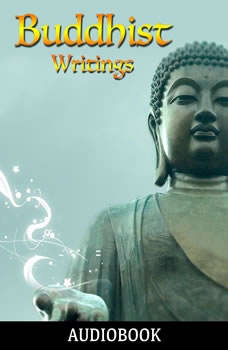 "Every morning we are born again. What we do today is what matters most." - Buddha Have you longed for a sense of peace in your life? Have you found yourself craving a kind of happiness you cannot define? Have you ever considered how Buddhism might enrich your life? Forget what you think you may know about this ancient and culturally significant religion, and open your mind to the limitless possibilities that Buddhism has in store for you. Over 2,500 years old and just as vibrant and powerful as ever, the teachings of the Buddha have transcended language, culture, and time—and remains one of the most influential forms of practice and higher thought on Earth. This audiobook is a treasury of the most notable, profound, and thought-provoking Buddhist-inspired writing published in the last years. Learn how to ease suffering from your life and achieve ultimate happiness through the understanding and practice of Buddhist teachings. If you are ready to enrich your life and accept a higher way of thinking, look no further than this audiobook.