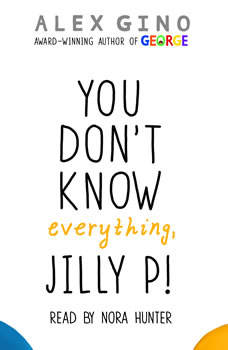 You Don't Know Everything, Jilly P!

Alex Gino, the Lambda Literary Award-winning author of George, is back with another sensitive tale based on increasingly relevant social justice issues. Jilly thinks she's figured out how life works. But when her sister Emma is born Deaf, she realizes how much she still has to learn. A big fantasy reader, Jilly connects with another fan, Derek, who is a Deaf Black ASL user. She goes to Derek for advice but doesn't always know the best way to ask for it and makes some mistakes along the way. Jilly has to step back to learn to be an ally, a sister, and a friend, understanding that life works in different ways for different people, and that being open to change can make you change in the best possible ways.