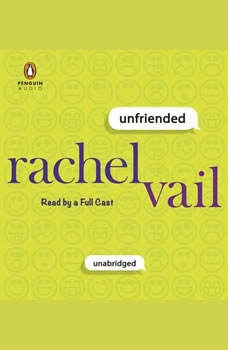 In middle school, nothing is more important than friendship.

When Truly is invited to sit at the Popular Table with the group she has dreamed of joining, she can hardly believe her luck. Everyone seems so nice, so kind to one another. But all is not as it seems with her new friends, and soon she’s caught in a maelstrom of lies, misunderstandings, accusations, and counter-accusations, all happening very publicly in the relentless, hyperconnected social media world from which there is no escape.

Six eighth-graders, four girls and two boys, struggle to understand and process their fractured glimpses into one another’s lives as they find new ways to disconnect, but also to connect, in Rachel Vail’s richest and most searching book.