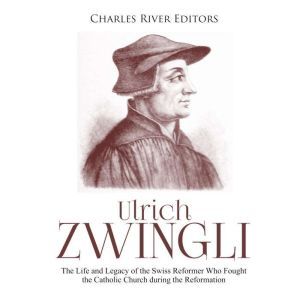 Ulrich Zwingli: The Life and Legacy of the Swiss Reformer Who Fought the Catholic Church during the Reformation

“The Christian life, then, is a battle, so sharp and full of danger that effort can nowhere be relaxed without loss. I beseech Christ for this one thing only, that He will enable me to endure all things courageously, and that He break me as a potter's vessel or make me strong, as it pleases Him.” – Ulrich Zwingli

On March 9, 1522, the first Sunday of Lent, Catholics across Europe ushered in a 40-day period of solemn penitence, self-imposed moderation, and spiritual discipline by marking crosses onto their foreheads with ash-coated fingers. They dutifully adhered to the Lenten laws, immersing themselves in prayer, modulating their consumption of booze, and avoiding meat in preparation for the death and resurrection of Christ.

While the dissenters had long been planning a dramatic demonstration of sorts to capture the attention of the Church, their resistance on March 9 was a spontaneous act supposedly prompted by Zwingli himself. According to the legend, Zwingli had stopped by two days earlier to order a stack of copies of his sermons regarding the St. Paul epistles, and under instructions to rush the order, Froschauer and his staff worked overtime to churn out the copies. They completed the project in a timely manner, and in the process, Froschauer invited his staff, along with Zwingli, Juda, and the aforementioned rebels (whom he knew from church) to the front of his workshop, where he had cleared out a table for a small feast. Zwingli was thrilled by Froschauer's idea - breaking the fast was a non-violent yet powerful act of disobedience.

This fateful event, now remembered as the “Affair of the Sausages,” supposedly triggered the Swiss Reformation, leading to a purge that would soon be enforced in Zurich.