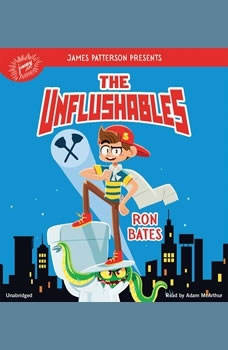 James Patterson presents: The Titans of the Toilet! The Wonders from Down Under! Nitro City's very own sewer superheroes: The Plumbers! Super Mario Bros meets Captain Underpants in this action-packed comedy sure to make a splash!Thirteen-year-old Sully Stringfellow has always admired the great plumber heroes of Nitro City. These wrench-wielding warriors guarded the sewers--until they were discredited by the powerful Ironwater Corporation, which has a sinister scheme to take over the city. Without the plumbers, Nitro is being overrun by mutant creatures--and things are about to go totally nuclear thanks to the potentially explosive 50th Anniversary Burrito Festival!It's up to Sully and a league of long-forgotten plumber heroes to save the day, making it safe for all to flush again. It's a dirty job, but someone's got to do it!