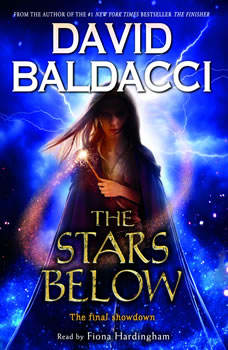 The Stars Below: Book 4 of Vega Jane

THIS. MEANS. WAR. The explosive conclusion to David Baldacci's instant #1 worldwide bestselling and award-winning fantasy series. This is it. Vega Jane has tried to outrun, outsmart, and outlast her enemy, but the showdown she has dreaded is finally here. Her ragtag crew must take a stand against a fully trained army, knowing the odds are impossible, knowing each of them could die for nothing. But when evil comes, heroes stand to meet it. When injustice appears, the only choice is to stand and fight. Master storyteller David Baldacci sounds the drums of war in the jaw-dropping conclusion to the #1 international bestselling Vega Jane fantasy series.