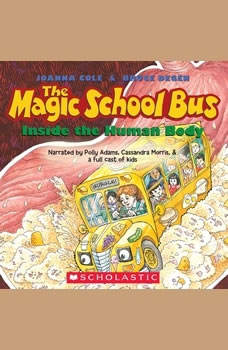 The Magic School Bus Inside the Human Body

Take a ride inside the human body with Ms. Frizzle and the class! Arnold has swallowed the Magic School Bus! Now, instead of seeing an exhibit of the human body at a museum, the class is taking a look at Arnold's stomach, his intestines, his bloodstream, and more from the inside on this heart-stopping fieldtrip - one the reluctant Arnold would be happy to miss.