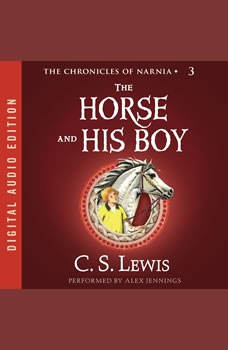 The Horse and His Boy

Narnia ... where horses talk ... where treachery is brewing ... where destiny awaits.On a desperate journey, two runaways meet and join forces. Though they are only looking to escape their harsh and narrow lives, they soon find themselves at the center of a terrible battle. It is a battle that will decide their fate and the fate of Narnia itself.Performed by Alex Jennings

The Phantom Tollbooth
by Norton Juster

On the Banks of Plum Creek
by Laura Ingalls Wilder

Watership Down
by Richard Adams