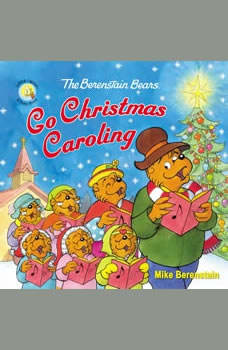 <p>Includes audiobook-exclusive instrumental tracks perfect for singing along!</p><p>Gather your family together and join in as Mama, Papa, Brother, Sister, and Honey Bear venture out together in the snowy, cold night and go door-to-door in Bear Country singing Christmas classics.</p><p>In The Berenstain Bears Go Christmas Caroling, the whole Bear family is invited by the Bear Country Carolers for a round of Christmas Eve celebrations &hellip; and your whole family is invited along!</p><p>This fun new audiobook in the popular Zonderkidz Living Lights series&mdash;beloved by parents, grandparents, children, and grandchildren alike&mdash;will earn a quick spot in your child&rsquo;s heart. You and your children will want to listen and sing along together again and again.</p><p>The Berenstain Bears Go Christmas Caroling:</p>Is perfect for parents and grandparents looking for a Bible-based story that encourages faith in JesusContinues in the much-loved footsteps of Stan and Jan Berenstain in the Berenstain Bears series of books, which is approaching its 60th anniversaryIs part of one of the bestselling children&rsquo;s book series ever created, with more than 250 books published and nearly 300 million copies sold to date