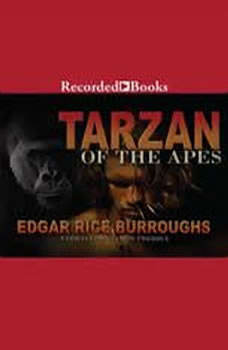 Tarzan of the Apes

When Tarzan is orphaned as a baby deep in the African jungle, he is saved from certain death when he is adopted by a she-ape. Raised as one of her own, Tarzan learns the way of the Kerchak-the tribe of great apes who rule the jungle. They teach him how to survive, to hunt, to swing through the trees, and to communicate with the other animals of the jungle. By the time he is a young man Tarzan has the courage and strength of ten men. But it is his human brain that allows him to be the King of the Apes. And Lord of the Jungle. But when his jungle domain is disturbed by the arrival of "civilized" men, Tarzan begins to wonder about his true identity.

Tarzan of the Apes
Tarzan #1