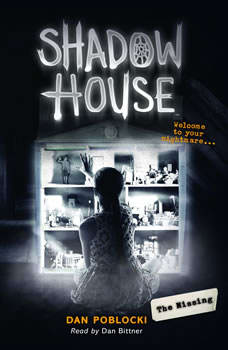 A new, stand-alone installment in the exciting Shadow House series that invites you to step inside the ghost story! Shadow House never sleeps . . . Five children have been lured into Shadow House, all for different reasons. None of them knows the others. And none of them knows what to do when they can't find a way back out. But something is different inside the house. Someone -- or something -- is there with them, and seems to know more than they do. Only how are the kids supposed to decide if that someone is trying to help them . . . or trap them there forever? Step into Shadow House.