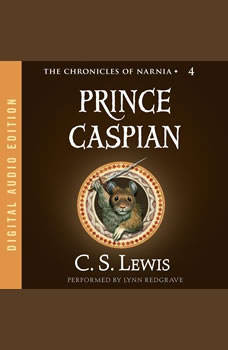 Narnia ... the land between the lamp-post and the Castle of Cair Paravel, where animals talk, where magical things happen ... and where the adventure begins.Peter, Susan, Edmund, and Lucy are returning to boarding school when they are summoned from the dreary train station (by Susan's own magic horn) to return to the land of Narnia -- the land where they had ruled as kings and queens and where their help is desperately needed.Performed by Lynn Redgrave