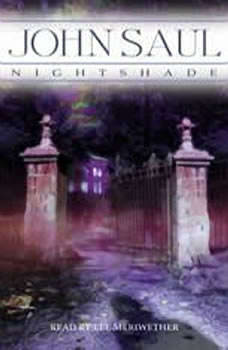 A master of horror and psychological suspense, John Saul taps into our darkest, most deeply guarded fears. Now the New York Times bestselling author of The Blackstone Chronicles and The Right Hand of Evil has created his most gripping novel yet, the terrifying story of an innocent teenager who must confront the sins of the past and a corrupting evil that threatens to consume his entire world. . . .

Fifteen-year-old Matthew Moore seems to have it all: a loving mother, Joan; a caring stepfather, Bill, who treats Matt like his own son; residence at a sprawling estate in Connecticut; and a growing relationship with the most beautiful girl at school. All signs point to a bright future. Until fate intervenes.

A sudden fire leaves Matt's ailing grandmother homeless. After moving in with the family, the caustic Emily insists on recreating the bedroom of her deceased daughter, the favored child who died tragically more than a decade ago. Joan and her older sister had always shared an uneasy bond and a shameful secret that would forever join them . . . even from beyond the grave.

Then Matt's life insidiously begins to change. He starts to smell his aunt?s pungent perfume, so strong and immediate that it is as if she has returned from the dead. At night, he finds himself haunted by nightmares of unimaginable terror. While his grandmother drives a wedge between his once devoted parents, Matt transforms from a gregarious teenager to a hostile loner, tortured by chilling memories and prone to fits of rage.

Then a shocking tragedy shatters the family beyond repair, propelling Joan and Emily into a final, explosive confrontation . . . a showdown in which old wounds will be viciously torn open?and a horrific shadow from the past will spring an implacable life of its own, clawing toward Matt with the ferocious inevitability of death itself.