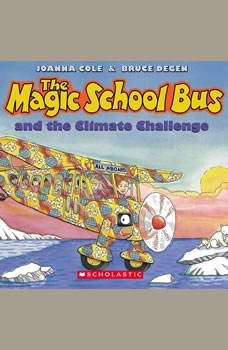 Like it or not, global warming is a hot topic, and it will affect the younger generation the most. So why not turn to the teacher kids like the most, Ms. Frizzle! Only the Friz can boil all the hoopla down to the scientific facts in a fun and informative way. Kids already love the Magic School Bus, and the love to do what's right by the planet. At last, a way to teach the curriculum and make an impact!