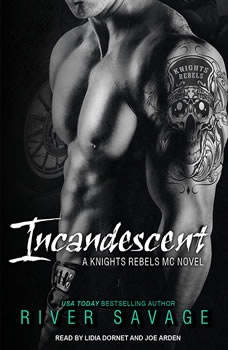 Phoenix "Nix" Knight thought pulling his club out of the illegal shit his Pops got them into was difficult. Until he meets Kadence. Kadence Turner has no business lusting over a student's father, especially the president of the Knights Rebels MC. Nix is crass, obnoxious and dangerously sexy and for some reason, Kadence can't seem to hate him for it. The bossy biker breaks down her defenses, but unlike the old Kadence, the woman she is today won't give in without a fight. The tension is undeniable, the attraction fierce. A man that wants what he wants and a woman that will fight him every step of the way.Contains mature themes.