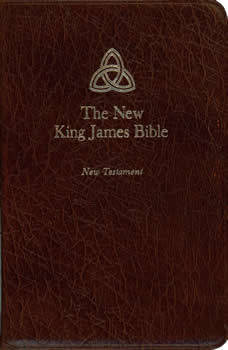 The New Testament (Ancient Greek: ? Καιν? Διαθ?κη, transl. H? Kain? Diath?k?; Latin: Novum Testamentum) is the second part of the Christian biblical canon, the first being the Old Testament. The New Testament discusses the teachings and person of Jesus, as well as events in first-century Christianity. Christians regard both the Old and New Testaments together as sacred scripture.

4 Canonical Gospels (Matthew, Mark, Luke, and John)1 Acts of the Apostles14 Epistles of Paul7 General Epistles, and1 Book of Revelation.

The earliest known complete list of the 27 books of the New Testament is found in a letter written by Athanasius, a 4th-century bishop of Alexandria, dated to 367 AD.[1] The 27-book New Testament was first formally canonized during the councils of Hippo (393) and Carthage (397) in North Africa. Pope Innocent I ratified the same canon in 405, but it is probable that a Council in Rome in 382 under Pope Damasus I gave the same list first. These councils also provided the canon of the Old Testament, which included the apocryphal books.