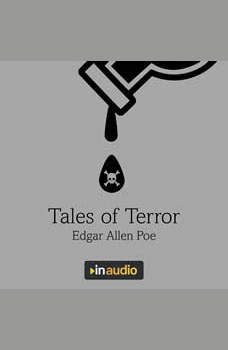 Tales of Terror: The Monkey's Paw; the Pit and the Pendulum; the Cone; and the Yellow Wallpaper

Jacobs was considered a humorist in turn of the century England, but here he gives us a masterpiece of horror. The Monkey's Paw is a Gothic tale, telling us again how wishes can go awry.

The Pit and the Pendulum

One of Poe's most familiar works, The Pit and the Pendulum is the first-hand account of a prisoner during the Spanish Inquisition. It is a classic Gothic tale which deals with the experience of entrapment and torture.

Wells was primarily a writer of Science Fiction, but here he enters another realm. The Cone begins with a visit of two friends, the one showing the other his steel smelting operation. It ends with revenge.

Written in 1892, this story of the mental breakdown of a young woman has a modern and realistic feel. It is Gilman's best-known work, and although it is an exceptional example of early feminist writing, it is at heart, a portrait of terror.

There's Someone Inside Your House
by Stephanie Perkins

The Haunted
by Danielle Vega