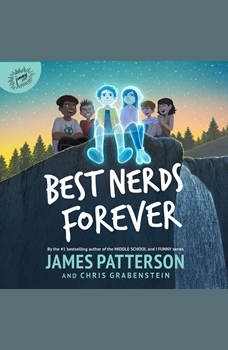 Two teens meet for the first time in the afterworld—and help each other through important unfinished business with their friends who are still alive. The most inventive and heartwarming story yet by the bestselling duo in all of kids' storytelling.

Finn McAllister is a completely normal middle schooler: he hangs out with his friends, he plays video games, he rides his bike . . . And then he dies.

Now Finn is a ghost, with all the perks that come along with being able to walk through walls—and people! He can stay up as late as he wants, there's no more school, and he can eat every ice cream flavor without getting sick. Talk about awesome. He's even made a new friend, Isabella Rojas, who's also a ghost.

But soon the thrill of playing invisible tricks on people isn't so fun anymore, as Finn realizes that he and Isabella can't move on to the afterlife. Now the two must discover their unfinished business before it's too late and they're stuck as ghosts forever.

The Penderwicks in Spring
by Jeanne Birdsall

You May Already Be a Winner
by Ann Dee Ellis

The Best Man
by Richard Peck

"Shouldn't You Be in School?"
by Lemony Snicket