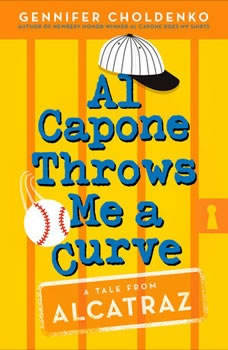 Al Capone Throws Me a Curve

Return to Al Capone's Alcatraz with Newbery Honor-winning author Gennifer Choldenko in this charming addition to the beloved series about the son of a prison guard.

Moose Flanagan lives on a famous island in California: Alcatraz, home to some of the most dangerous prisoners in the United States in the 1930s. It's the summer before he starts high school, and Moose is going to play a lot of baseball and win a spot on the high school team. But he still needs to watch his special older sister, Natalie--and then the warden asks Moose to look after his two-faced, danger-loving daughter, Piper.

In the cell house there are rumors that the cons will a strike, and that Moose's father might step up to a new job. Moose is worried: What will this mean for their family, especially for Natalie, who's had some scary run-ins with prisoners? Then the unthinkable happens: Natalie winds up someplace she should never, ever go. And Moose has to rescue her.