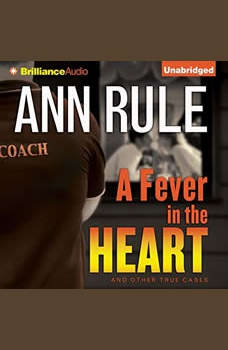 A Fever in the Heart: And Other True Cases

A Fever in the Heart dissects an explosive triangle that led to obsession and murder in a small town in the northwest of America. Ann Rule reveals the story of an alluring wife and the two men desperate for her love; a story with a bizarre and deadly twist that no one could have suspected. In this tale and “Mirror Image,” a true-crime story recounting the frighteningly similar methods of two serial murders, Ann Rule masterfully probes the delusions of the criminal mind, the fateful circumstances and the unrelenting investigative forces at work in the aftermath of murder.

A Fever in the Heart: And Other Tru...
Ann Rule's Crime Files #3