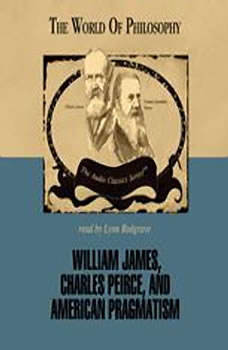 Pragmatism is a uniquely American philosophy that tries to integrate the life of the mind with the rest of human experience by stressing how ideas have practical consequences. Such early American thinkers such as Benjamin Franklin, Ralph Waldo Emerson, Thoreau, and Walt Whitman were early pragmatists in their inclination to emphasize experience and practical results. However, after the advent of Darwinism, pragmatic philosophy was profoundly changed by the new view that humans are natural creatures who must create their own beliefs, meanings, and sense of purpose. Charles Peirce (18391914) was perhaps the most seminal figure in American Pragmatism. Trained as a scientist, this Boston native wanted to apply the powerful scientific method to philosophical problems. Peirce emphasized the need for ongoing cooperative inquiry; according to his Pragmatic Maxim, meaning is established by direct interaction with the sensible effects of whatever we're studying. For Peirce, pragmatic effects are sensory, experiential, futureoriented, and publicly perceptible. William James (18421910) was troubled by the precarious place of humans in the new scientific world: he defended a philosophy that affirms a meaningful role for humans. James shifted from Peirce's emphasis on logic to an emphasis on moral and psychological matters, insisting that truth is more individual, shortterm, and personal than Peirce had allowed. According to James, we do not live like scientists, and our lives are full of beliefs that may fail to meet the strict requirements of reasoned inquiry. John Dewey (18591952) affirmed Peirce's inquiring, critical spirit and logical methods but like James his interests were moral, esthetic, and educational, and his notion of truth was pluralistic (i.e. tolerant of diversity). Most of all, Dewey stressed the importance of ceaseless inquiry and reevaluation as we work out the meaning and purpose of our lives.