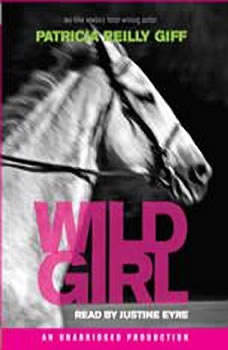 A contemporary and irresistible story from Patricia Reilly Giff

Lidie lives in Jales, Brazil, where she’s free to ride, to be a wild girl, and to dream of going to live with her father and older brother, Rafael, in New York City. Finally Lidie is 12—time to leave Brazil for New York.

Meanwhile, a filly is born and begins her journey to a new home. As Lidie’s story unfolds, so does the filly’s.

Lidie’s father runs a stable at a famous race track, and Rafael is training to be a jockey. As much as they want to make Lidie feel welcome, they still think of her as the little girl they left behind. They don’t even know what a strong rider she is, and that she’s determined to befriend and ride the wild filly her father has just bought: Wild Girl.