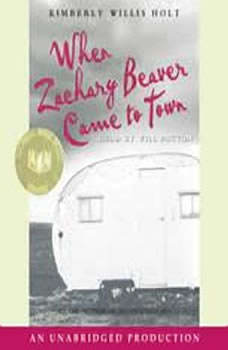 When Zachary Beaver Came to Town

Nothing ever happens in Toby's small Texas town. Nothing much until this summer that's full of big changes.
It's tough for Toby when his mother leaves home to become a country singer. And Toby takes it hard when his best friend Cal's older brother goes off to fight in Vietnam. But now their sleepy town is about to get an even bigger jolt with the arrival of Zachary Beaver, billed as the fattest boy in the world. Toby is in for a summer unlike any other, a summer sure to change his life.

When Esperanza and Mama are forced to flee to the bountiful region of Aguascalientes, Mexico, to a Mexican farm labor camp in California, they must adjust to a life without fancy dresses and servants they were accustomed to on Rancho de las Rosas. N...

"I always thought that the biggest trial in my life was my name, Naomi Guadalupe Zamora Outlaw, but little did I know that it was the least of my problems, or that someday I would live up to it."One evening, everything Naomi has known with...