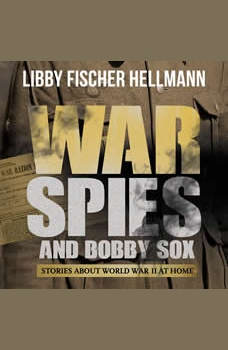 As World War II rages across Europe and the Pacific, its impact ripples through communities in the heartland of America. A farm girl is locked in a dangerous love triangle with two Germans soldiers held in an Illinois POW camp. Another German, a war refugee, is forced to risk her life spying on the developing Manhattan Project in Chicago. And espionage surrounds the disappearance of an actress from the thriving Jewish community of Chicago's Lawndale. In this trio of tales, acclaimed thriller author Libby Fischer Hellmann beautifully depicts the tumultuous effect of war on the home front and illustrates how the action, terror, and tragedy of World War II was not confined to the front lines.

“Well-crafted and interesting…strong emotion and a sense of threat carry the story along." Historical Novel Society

“Libby Fischer Hellmann is one of the few authors who can surprise me nearly every time I pick up one of her books. Here, the surprise comes in her clear understanding of the World War II homefront, almost as though she had lived it herself.” Buried Under Books, Lelia Taylor

"Libby Fischer Hellman powerfully illustrates what individuals could have faced while living in such perilous times. This is an engaging read with much food for thought." Judi Gigstad, BookReporter