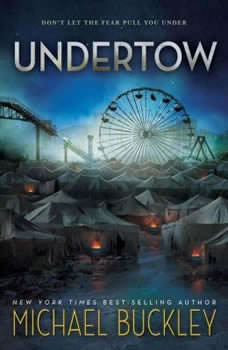 When Lyric Walker was 14-years-old her life was turned upside down when she witnessed a world-changing event-- the arrival of the Triton, a five-nation race of warrior merpeople who walked out of the sea and camped on the beaches of modern-day Coney Island. Suddenly, her neighborhood was home to a new minority group numbering in the tens of thousands. But the Triton' s arrival also revealed a shocking family secret: Her own mother was a mermaid.

Heart of the Storm
Undertow Series #3