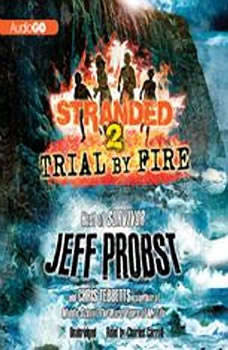 They thought it couldn't get any worse. They were wrong.Buzz, Vanessa, Carter, and Jane are no closer to being rescued than they were when they first found themselves stranded on a deserted island. If anything, they're worse off than ever, having lost their boat to a tropical storm-and with it, all their supplies. Now, the four must team up and make important survival decisions if they ever want to be found. But with food running low and tensions running high, their chances of being saved continue to decline, and they find it necessary to rely on one other to endure whatever lies ahead for them.

A tour de force from acclaimed author Alan Gratz (Prisoner B-3087), this timely and powerful novel tells the story of three different children seeking refuge. JOSEF is a Jewish boy living in 1930s Nazi Germany. With the threat of concentration cam...

I Survived #12: I Survived the Joplin Tornado, 2011
by Lauren Tarshis

A destructive force is about to hit the city of Joplin... Eleven-year-old Dexter has always wanted to see a tornado. So when he gets the incredible opportunity to go storm chasing with the famous Dr. Norman Rays, he has to say yes! Dr. Rays is the...

Two editions, two narrators, one thrilling story. Enjoy this version read by Jack Black, and then be sure to check out the other available version, narrated by Samira Wiley. The first official Minecraft novel! In the tradition of iconic adventures ...

The Angel Experiment
by James Patterson

In James Patterson's blockbuster series, fourteen-year-old Maximum Ride, better known as Max, knows what it's like to soar above the world. She and all the members of the "flock"--Fang, Iggy, Nudge, Gasman and Angel--are just like ordinary kids--on...

James Patterson's bestselling Maximum Ride series is back, with Max and the gang as The Protectors. Someone--or something--is decimating ships and sea life off Hawaii's coast, and Max and her flock find themselves sucked into the Navy's top-secret ...

Angel says that Fang will be the first to die, and Angel is never wrong. Maximum Ride is used to living desperately on the run from evil forces sabotaging her quest to save the world--but nothing has ever come as close to destroying her as this hor...

10:00 a.m.The principal of Opportunity, Alabama's high school finishes her speech, welcoming the entire student body to a new semester and encouraging them to excel and achieve.10:02 a.m.The students get up to leave the auditorium for their next cla...

"Should appeal to all rugged individualists who dream of escape to the forest."—The New York Times Book Review Sam Gribley is terribly unhappy living in New York City with his family, so he runs away to the Catskill Mountains to live in the wo...

Trial by Fire
The Stranded Series #2