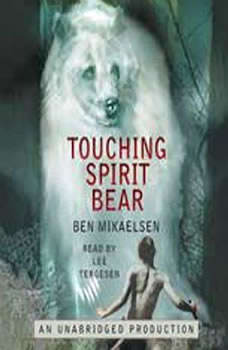 Within Cole Matthews lies anger, rage, and hate. Cole has been stealing and fighting for years.  This time he caught Peter Driscal in the parking lot and smashed his head against the sidewalk.  Now, Peter may have permanent brain damage–and Cole is in the biggest trouble of his life.

Cole receives a one-year banishment to a remote Alaskan island. There, he is mauled by a mysterious white bear of Native American legend.  Hideously injured, Cole waits for death. His thoughts shift from anger to humility. To survive, he must stop blaming others and take responsibility for his life.  Rescuers arrive to save Cole's body, but it is the attack of the Spirit Bear that may save his soul.

Jim & Me
by Dan Gutman

Prolific young adult author Dan Gutman has hit home runs with many boys thanks to his spectacular baseball fan time-traveling tales-including Babe & Me and Honus & Me. Jim & Me finds Stosh and his nemesis Bobby Fuller joining forces to help one of t...

For the millions of children around the world who loved The Island of the Blue Dolphins, Scott O'Dell continues the breathtaking story of Karana, a Native American woman stranded on an island off the coast of California. O'Dell mixes stirring drama ...