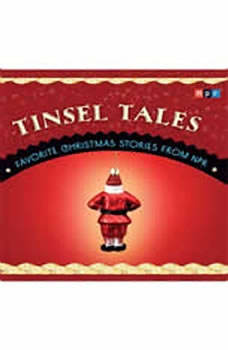 Ho ho ho! Here's what to listen to while driving to the mall, wrapping gifts, entertaining friends, or relaxing in front of a crackling holiday fire. In Scott Simon's modern version of the Christmas story, Jesus is born in an abandoned factory near Cleveland and the Three Wise Persons bring Chipotle gift cards. Claudia Sanchez gives a Latin accent to "A Visit from St. Nicholas." Barbara Bradley Hagerty explores what Christmas means for the boy choristers of the National Cathedral in Washington, D.C. (Hint: Handel.) In a treasured 1974 recording, humorist, author, radio personality, and blacklisting victim John Henry Faulk tells of "the wonderfulest Christmas in the United States of America." A son believed missing in action during WWII is found in time for his family to celebrate the holiday. And a Vietnam veteran tells Weekend Edition Sunday about a "Silent Night" that brought hope to patients in a military hospital. And that's just the star-topped tip of the tree. Each year, listeners tune into NPR for holiday offerings of all kinds: funny, touching, insightful, and surprising. Now anyone can listen anytime to these evergreen delights.