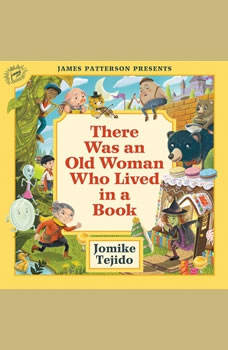 There Was an Old Woman Who Lived in a Book

The True Story of the 3 Little Pigs meets There Was an Old Lady Who Swallowed a Fly in this clever, irreverent update of our most beloved children's classics. The little old woman who lives in a book has lost her children! But instead of sitting around and waiting for them to show up, in a refreshingly empowering, feminist take on the classic tale, she departs on a mission to find her kids herself--even if it means popping into every other fairy tale and nursery rhyme in town! She'll enlist the help of Humpty Dumpty, Jack and his beanstalk, Princess Beauty, the Three Bears, and more familiar characters in her quest to rescue her kids. This silly, irreverent picture book is a clever jaunt through our most beloved children's stories--and it's sure to become the next modern day classic.

Rump: The True Story of Rumpelstiltskin
by Liesl Shurtliff