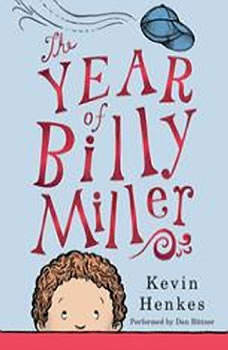 The Year of Billy Miller

Things to know about Billy Miller: He's worried about 2nd grade He thinks bats are cool His little sister is annoying He had a spectacular accident this summer He doesn't like poetry much His dad makes really good cookies Ned is his best friend His mom likes rainy days He thinks Emma Sparks is a pain He can run really fast This is his year