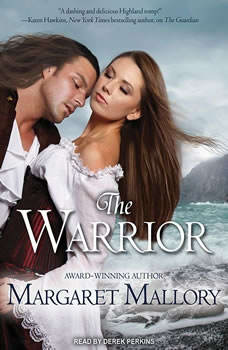 Series: Return of the Highlanders #3

From the Isle of Skye to the battlefields of France, Duncan MacDonald has never escaped the memory of the true love he left behind. Deemed unworthy of a chieftain's daughter, Duncan abandoned the lovely Moira to prove his worth in battle. Now, when called upon to rescue her from a rival clan, one thing is certain: Moira's pull on his heart is stronger than ever. Bartered away in marriage to a violent man, Moira will do anything to ensure she and her son survive. When a rugged warrior arrives to save her, the desperate beauty thinks her prayers have been answered—until she realizes it's Duncan. The man who once broke her heart is now her only hope. Moira vows never again to give herself—or reveal her secrets—to the fierce warrior, but as they race across the sea, danger and desire draw them ever closer.

Return of the Highlanders Bundle

The Warrior
Return of the Highlanders #3

The Guardian
Return of the Highlanders #1

The Sinner
Return of the Highlanders #2