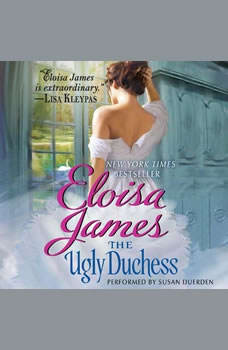 “Eloisa James is extraordinary.”—Lisa Kleypas“Nothing gets me to the bookstore faster than a new novel by Eloisa James.”—Julia QuinnNew York Times bestselling author Eloisa James gives the classic Hans Christian Andersen story of “The Ugly Duckling” a wonderful, witty, and delightfully passionate twist. The Ugly Duchess is another fairytale inspired romance from the unparalleled storyteller whose writing, author Teresa Medieros raves, “is truly scrumptious.” A sexy and fun historical romance, James’s winning tale of a glorious reawakening does not feature ducks and swans—rather it’s a charming story of a young woman unaware of her own beauty, suddenly duty-bound to wed the dashing gentleman who has always been her platonic best friend…until now.

A Kiss at Midnight
Fairy Tales #1