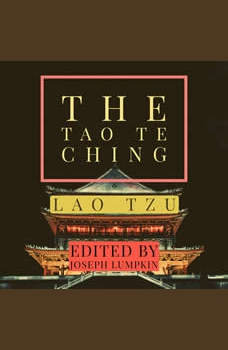 The Tao Te Ching was written by a man referred to as Lao Tzu. The unknown author’s name means both "the old philosopher" and "the old philosophy." Hence Lao Tzu may also be the title for the book or the name or title of the author.

Lao Tzu lived in ancient China and was the keeper of the Imperial Library. Legends tell us he was famous for his wisdom. He was an advocate for personal inner growth, moral government, and the rights of the people. Perceiving the growing corruption of the government, he left for the countryside. On his way, the guard at the city gates asked Lao Tzu to write out his teachings for the benefit of future generations. Lao Tzu wrote the Tao Te Ching, and was never heard of again. The Tao Te Ching is the fundamental text of Taoism.

The practice of Taoism is principally concerned with discovering balance and self-knowledge. All things, actions, and even intents, are broken into positive and negative, or masculine and feminine influences. Taoism advocates learning to sense the world directly, to “intuit” the flow of things, and to maintain a balance of opposing forces.

In doing so, one must contemplate impressions deeply as one attempts to become detached, without resorting to coloring intuitive impressions with personal expectations. Taoism advises against relying on ideologies, because to do so will rob one’s life of its meaning and personal intuition. By developing intuition, one acquires a deeper understanding of the world, one’s place, and the future.

The Tao Te Ching, as it exists today, consists of 81 short chapters among which 37 form the first part, the Book of the Way (Tao), and the next 44 form the Book of Te. Its division into chapters is considered to be the result of the remarks of Heschang Gong (Han dynasty). Other traditional interpretations conclude the name may be "The Book of the Way of Virtue” or “The Book of Flow and Harmony."