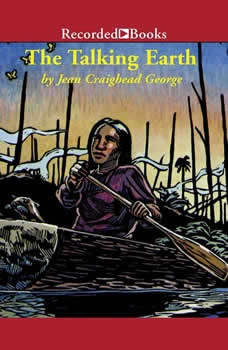 "Billie Wind lives with her Seminole tribe. She follows their customs, but the dangers of pollution and nuclear war she's learned about in school seem much more real to her. How can she believe the Seminole legends about talking animals and earth spirits? She wants answers, not legends. "You are a doubter,"say the men of the Seminole Council and so Billie goes out into the Everglades alone, to stay until she can believe. In the wilderness, she discovers that she must listen to the land and animals in order to survive. With an otter, a panther cub, and a turtle as companions and guides, she begins to understand that the world of her people can give her the answers she seeks.

Me and Marvin Gardens
by Amy Sarig King

The first middle-grade novel from Printz Honor-winning author Amy Sarig King is a boy-meets-animal story like no other, and has earned three starred reviews!Obe Devlin has problems. His family's farmland has been taken over by developers. His best f...

Take a romp in the swamp with this New York Times bestselling mystery adventure set in the Florida Keys from Newbery Honoree Carl Hiaasen! Noah's dad is sure that the owner of the Coral Queen casino boat is flushing raw sewage into the harbor&mdash...

The #1 bestselling chapter book series of all time celebrates 25 years with new covers and a new, easy-to-use numbering system! Vampire bats and killer ants? That's what Jack and Annie are about to run into when the Magic Tree House whisks the...

Toby and the Secrets of the Tree
by Walter Kiechel III

Toby’s world is under greater threat than ever before. A giant crater has been dug right into the center of the Tree, moss and lichen have invaded the branches, and one tyrant controls it all. Leo Blue, once Toby’s best friend, is holdin...

Fancy Nancy and the Fall Foliage
by Jane O'Connor

Fancy Nancy loves fall—the fashion, the weather, and especially the colors of the leaves! As Fancy Nancy helps Mom and Dad rake up, she gets a stupendous idea to do something unique with the most beautiful leaves she has found.Join Nancy as s...