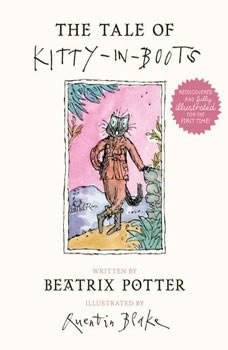 Written in 1914 by Beatrix Potter, THE TALE OF KITTY-IN-BOOTS will be published just in time for the author's would-be 150th birthday.

When one serious, well-behaved young black cat named Miss Catherine St. Quintin — or Kitty for short — decides to go a-hunting, she gets much more of an adventure than she had anticipated. In a tale dotted with familiar faces from Beatrix Potter's other classic tales such as Mrs. Tiggy-Winkle and Mr. Tod, Miss Kitty quickly finds that hunting is dangerous as she goes from predator to prey.