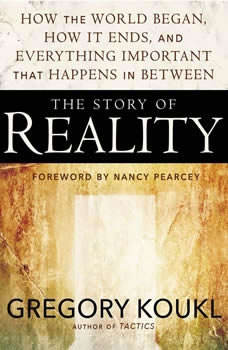 The Story of Reality: How the World Began, How It Ends, and Everything Important that Happens in Between

Christianity is a picture of reality.

In The Story of Reality, bestselling author and host of Stand to Reason, Gregory Koukl, explains the five words that form the narrative backbone of the Christian story. He identifies the most important things that happen in the story in the order they take place:

If you are already a Christian, do you know and understand the biblical story? And for those still seeking answers to the questions of life, this is an invitation to hear a story that explains the world in a way nothing else will. This story can change your life forever.