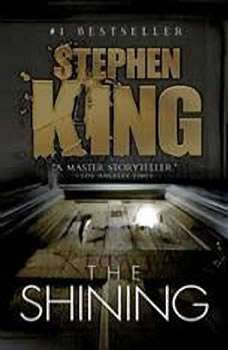 Jack Torrance’s new job at the Overlook Hotel is the perfect chance for a fresh start. As the off-season caretaker at the atmospheric old hotel, he’ll have plenty of time to spend reconnecting with his family and working on his writing. But as the harsh winter weather sets in, the idyllic location feels ever more remote . . . and more sinister. And the only one to notice the strange and terrible forces gathering around the Overlook is Danny Torrance, a uniquely gifted five-year-old.

As a long time fan I have read just about everything King ever wrote but for some reason I never read The Shining so other than the hype about the movies I was unfamiliar with the details of the story. The beginning is slow and somewhat depressing sorry Mr. King but once it gets going it just never stops! I listen during my hour commute each way and there were a couple times when I would sit in the parking lot at work or my garage for more than 15 minutes totally engrossed in the story. This is a must listen for anyone like me who has not read the book or seen the movies - for others, try it anyway - I think you'll like it.