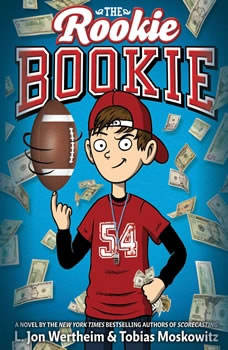 Using the tips, truths, and stats they explore in their New York Times bestseller Scorecasting, two dads pack super sports savvy and important math and financial concepts into a fun and heartwarming first novel for kids.New kid Mitch Sloan wants to fit in, but his nerdy love of statistics and making money isn't winning him any friends in his sports-loving town--until he finds the perfect way to attain instant popularity. But running a football betting ring at school eventually turns sour, and Mitch loses the only real friend he's made. He'll have to win her back by using his brainpower for good and helping the school football team achieve victory--if they'll listen to the advice of a former bookie!