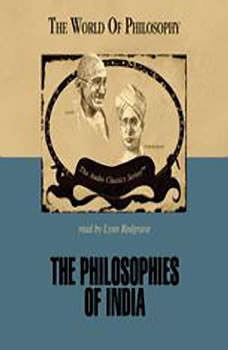 The Philosophies of India

India has perhaps the oldest living philosophical tradition in the world. Its philosophies share five general characteristics: (1) an affirmation that there's an ultimate reality (such as Brahman or Atman) based in spiritual realization (such as Moksha or Nirvana); (2) attention to the worldly cycles of birth and death (known as Samsara or Maya), involving such things as evil, ignorance, suffering, and bondage; (3) a belief in rebirth or reincarnation; (4) a belief in Karma, a law of moral causation based on past actions; and (5) an emphasis on Dharma, or moral duty. Though Indian philosophies affirm the reality of both spirit and matter, their predominant emphasis is on the spiritual ideal. Indian philosophy also is inclusivistic, embracing many alternatives or paths to one ultimate reality. Hindus affirm four aims of life: artha (material possessions), kama (love), dharma (duty & morality), and moksha (spiritual freedom). Buddhism and Jainism began in India, but India's predominant philosophical influence has been the Vedic tradition. The Vedas (meaning knowledge or wisdom, written between 1500500 BCE) are the fundamental Hindu scriptures and the basis of orthodox Hindu philosophies, which may be divided into six main philosophical systems: (1) Nyaya, involving logic and theory of knowledge; (2) Vaisheshika, affirming that reality consists of real atoms; (3) Sankhya, which affirms the dualism of physical/mental or natural/spiritual phenomena; (4) Yoga, which "yokes" or "unites" matter and spirit through various exercises; (5) Mamamsa, which focuses on Vedic duty and ritual; and (6) Vedanta, which emphasizes one pure, allencompassing spiritual reality. The best known recent figures of Indian philosophy are Mohandas Gandhi and Sarvepalli Radhakrishnan, who were major political leaders and cultural figures in India.

The Philosophies of India
The World of Philosophy Series