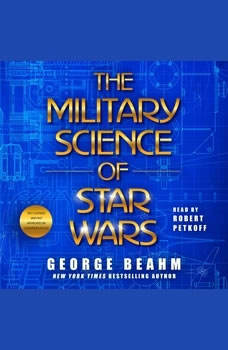 The Military Science of Star Wars

The Military Science of Star Wars is an audiobook that will appeal to Star Wars fans everywhereThe first ever in-depth analysis of the tactics and equipment used by the heroes and villains of the Star Wars universe has arrived! Spanning all of the films, this comprehensive audiobook goes into detail about the various guerrilla tactics of the Rebel Alliance and the awe-inspiring might of the Grand Army of the Republic and Darth Vader's Empire. Including detailed examples from Earth’s military history, bestselling author George Beahm illustrates how a merciless empire managed to subdue a galaxy with the application of overwhelming force and technology, and how a ragtag group of rebels could cobble together enough of a punch to topple a seemingly-unbeatable enemy.

I Am C-3PO
by Anthony Daniels

How Not to Make a Short Film
by Roberta Marie Munroe

Down and Dirty Pictures
by Peter Biskind