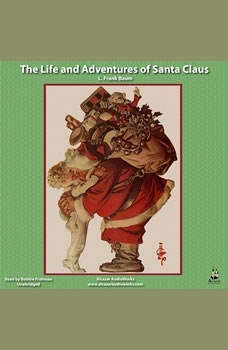 The Life and Adventures of Santa Claus

Written by the author of the Wizard of Oz, L. Frank Baum, The Lives and Adventures of Santa Claus is a magical tale about the origins and history of Santa Claus. Santa's childhood among the fairies and animals, how he came to make presents, and why he comes down our chimneys at Christmas are all explained in this delightful audiobook.