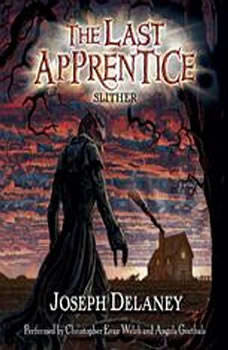 "My name is Slither, and before my tale is finished you'll find out why."The dark is full of terrifying creatures. And Tom Ward—the seventh son of a seventh son, and the Spook's last apprentice—hasn't seen all of them. Far from the county, one named Slither has lived for hundreds of years, hunting blood.But a dying father binds the monster to a bargain. If Slither will take his two youngest daughters safely to their family in the south, then the eldest daughter, Nessa, is his.For Nessa the nightmare is just beginning. And when Slither and Nessa cross paths with the feared witch assassin Grimalkin, they will become unwitting players in the quest to stop the Fiend once and for all.The blood-curdling eleventh volume of the Last Apprentice series.