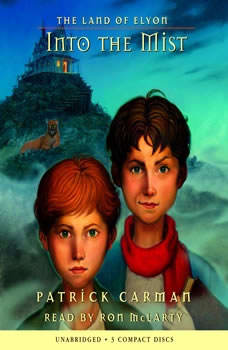 The Land of Elyon: Into the Mist

Before the walls went upthere were adventures. Follow young Thomas Warvold and his brother Roland, as they journey through Elyon, discovering new mysteries, new challenges, and magical creatures that will change the course of their fateand the fate of their land. From a humble and unexplained childhood in a very strange orphanage to a series of fearless escapes to a quest full of riddles and exploration, Thomas and Roland find that their identity-and the mysterious tattoos on their knees-are linked to a much greater history than they ever would have guessed. One brother, Thomas, is destined for adventure on land, while the other brother, Roland is destined for adventure on sea. But before this happens, they must journey into the mist...and find the truth about both their past and their future.